Throughout the school we have been programming in various forms.  Reception have been busy bees programming their Bee-Bots both practically and on the iPads, whilst further up the school have been learning Scratch.

Over recent weeks, Year 2 have been progressing with their programming skills. Initially, the children revisited programming Daisy the Dinosaur, moving on from inputting simple commands which made her go forward, grow, shrink or jump to using repeat commands.  This took a little more thought, as the challenge was to repeat the commands using minimal instructions. It was a little tricky but we got there with the help of the Repeat function. Continuing on our journey, last week Year 2 shared an afternoon with Year 1 showing them how to code using Kodable on the iPads. After listening to the story of how the fuzzFamily crash landed their spaceship on the planet Smeeborg we got stuck in to help the fuzzFamily explore the fascinating Technomazes of Smeeborg. In order for a fuzzFamily member to exit the maze the children had to program simple instructions (having learned that an algorithm is an instruction) for each creature. To gain maximum points they needed to collect the gold coins along the way. Kodable provides children with much needed experience of sequencing instructions and it was great to see the all the children enjoying their successes. Year 1 are now ready to help the fuzzFamily on their own! Good luck Year 1.

The majority of our Juniors and teachers have now completed The Hour of Code as part of their Introduction to Programming. In addition to this, some of our more experienced Scratch users have been assisting in class with the first steps of coding.

Our After School Club is going from strength to strength.  By the end of last term the word-on-the-code went viral amongst the lower Juniors and we are now bursting at the seams.   All the children are learning how to program using Scratch and so far they have programmed fireworks exploding, chomping fish and flying spaceships.  It never ceases to amaze me how quickly children find their feet with technology and application and Scratch is no exception.

In addition to learning Scratch and with the prospect of two Raspberry Pi computers being flown to the International Space Station as part of Tim Peake’s mission, Rode Heath Coders are to enter the Astro Pi project.  The project is to devise and describe an original idea for an experiment or application that can be conducted on the Astro Pi by Tim Peake during his mission.  The two best submissions will get the opportunity to work with the Astro Pi team to interpret their ideas and the team at the Raspberry Pi Foundation will then code them ready for flight on the ISS. Get your thinking caps on coders! 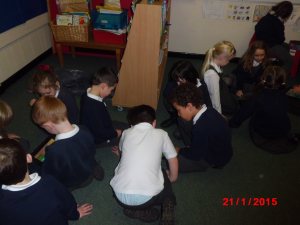 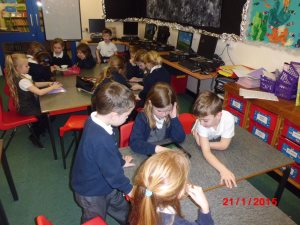